Glyfada is the first area of the Athenian Riviera and extends about 25 kilometer to the south. It used to boast the old Athenian airport at Elliniko for over 60 years, since 1940 until a few years into the millennium, bringing in international glamour to Athens and was considered an area where the well-off tended to have summer places to relax during the summer months.

As Athens became more populated over time and the demographics expanded gradually from the center to the outskirts, Glyfada was transformed into a central area that saw urban economic development in the form stores and shops, restaurants, bars and cafes. Until today it is considered one of the liveliest areas, where one can find something to do from morning ‘til night.

Apart from the sandy beach coast which features either family type restaurants by the sea, and strips of just sand and beach which is refreshing as it offers guests the choice of literally dipping to cool off during hot temperatures, it also has contemporary café/bar type venues some combining the killer combination of swimming pool adjacent to the glistening sea.

Wine and Dine in Glyfada

The center of Glyfada is a commercial area filled with high street shops and numerous small café/bistros offering a selection of moreish sweet and savory choices. Of course it does not fall short in the bar/club field either, as it is very common for Athenians to spend their party nights in the area in the warmer months, but it is still pretty busy during the winter months as well.

Blog Posts on Things to do in Glyfada

Discover everything there is to do in Glyfada 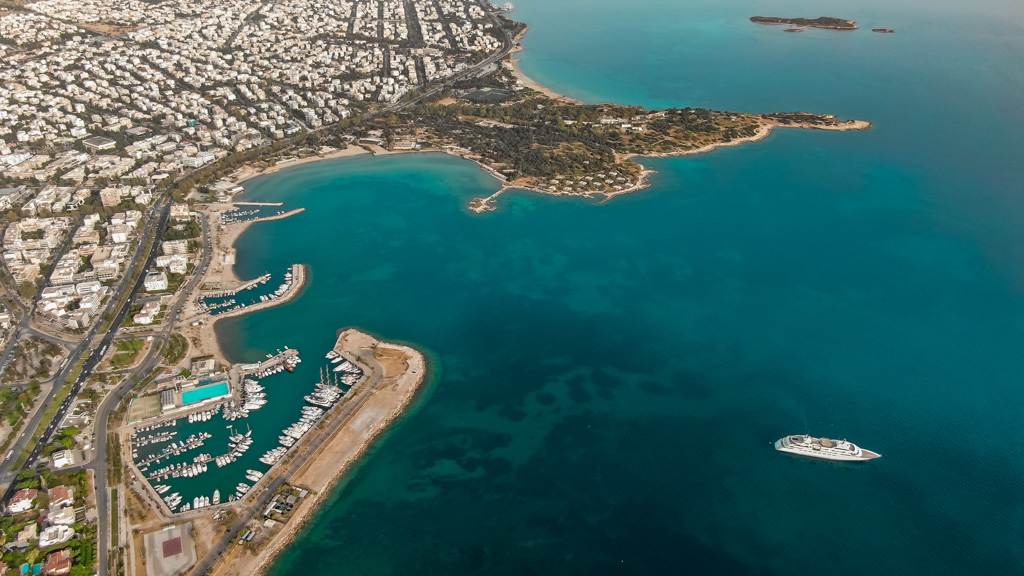 Glyfada is 13km to the south-east of Athens city centre, sitting on the highly desirable Athenian Riviera. This beautiful stretch of coastline on the Saronic Coast is lined with luxury resorts, high end shops, award winning restaurants and a buzzing nightlife. Glyfada has numerous fantastic private beach clubs, which draw many people from the city every weekend, to soak in […] 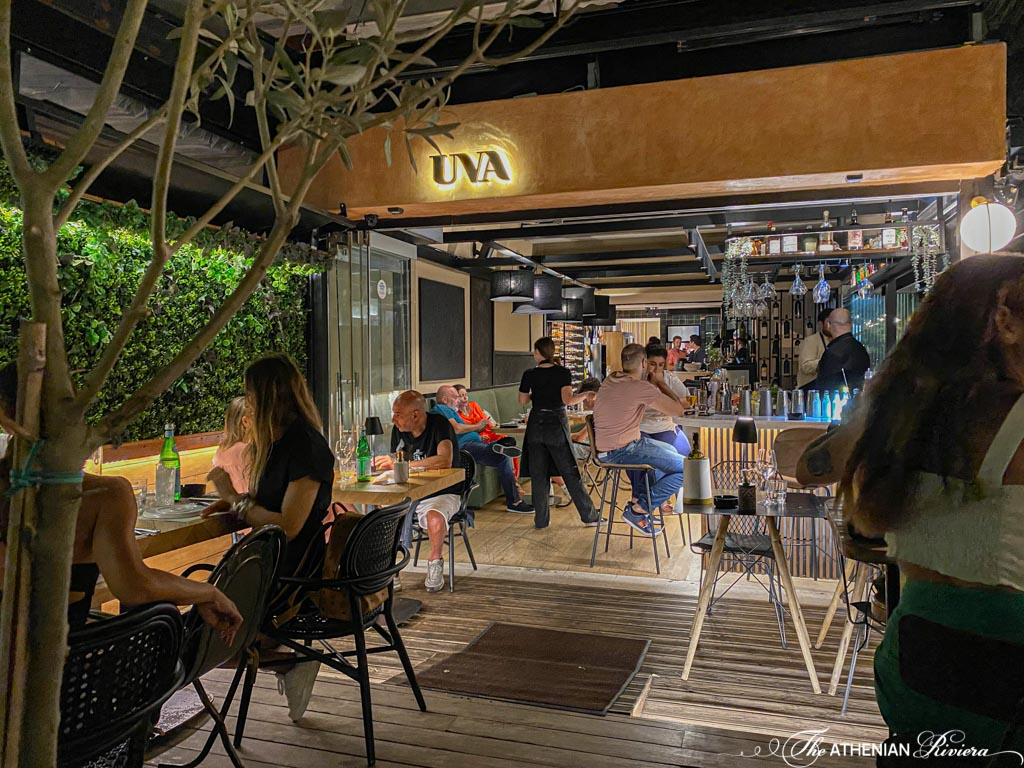 The Best Wine Bars in the Athenian Riviera

In a country known for its centuries old wine history, there is definitely no shortage of excellent wines. We’ve rounded up a list of our favorite Wine Bars in the Athenian Riviera, that will make your sipping experience a memorable one.  Thirty Wine Stories Laodikis 30, Glyfada Located along Laodikis Street, the bar street of Glyfada, Thirty Wine Stories is […] 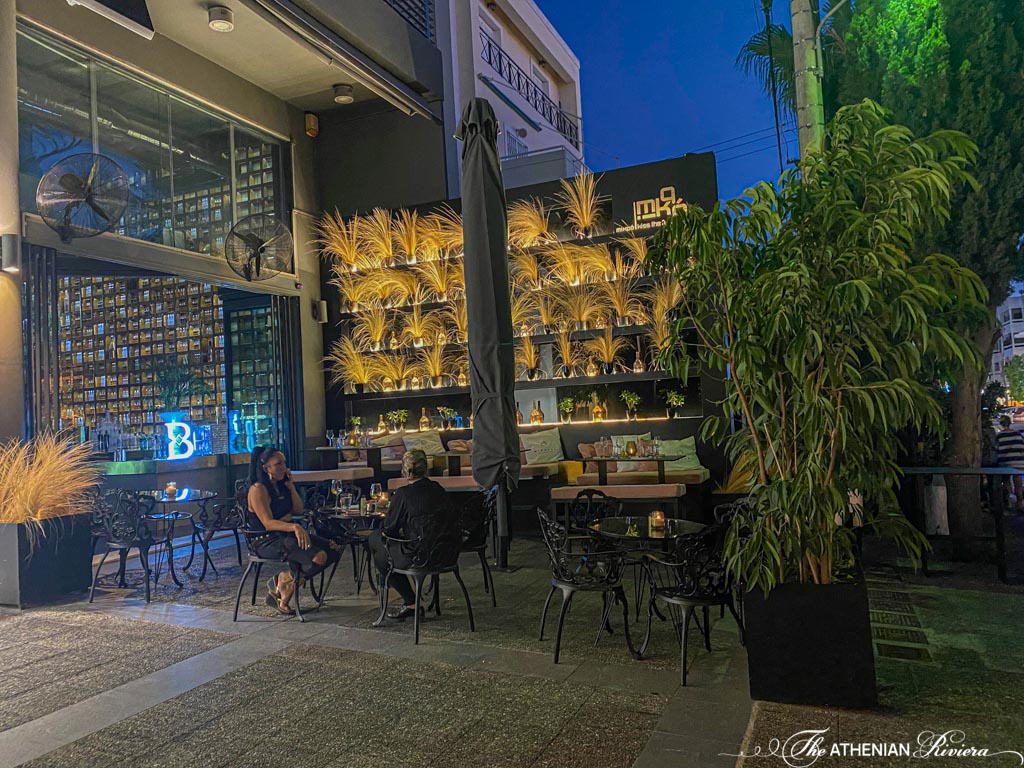 Nightlife in Glyfada: Where to enjoy a drink in Glyfada

Glyfada may be a laid-back neighborhood however there’s no shortage of bars and cafes where one can enjoy a drink or two at any time of day. Here’s our pick of a few hotspots in Glyfada: HOLY SPIRIT  Laodikis 41, € € This bar is the most popular one in Glyfada, well known for its delicious famous cocktails. Xavier Misailidis, […] 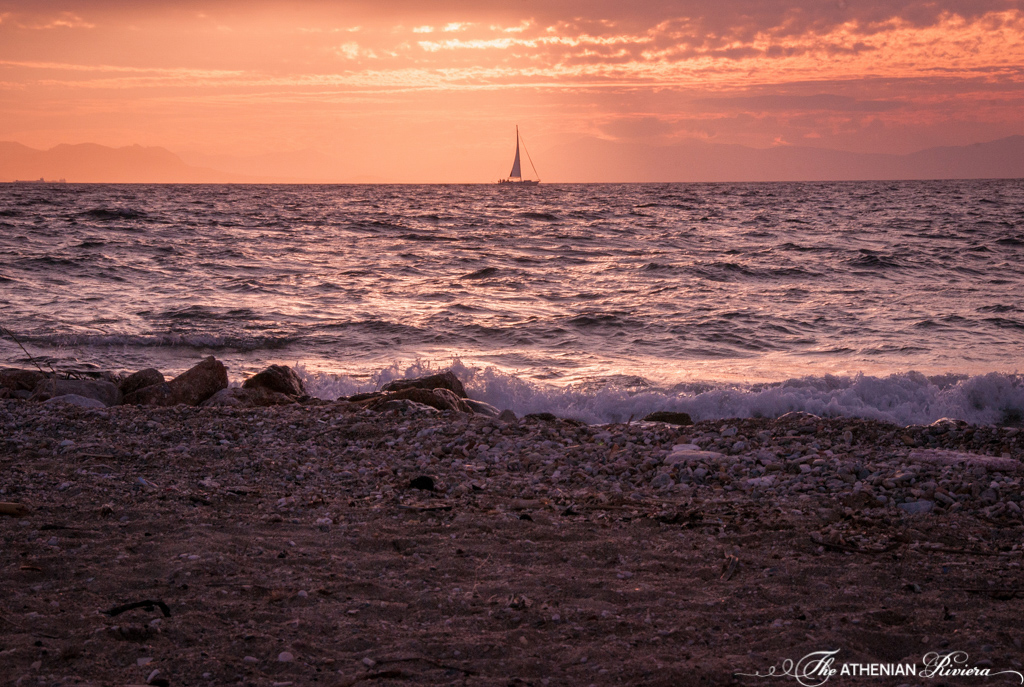 Your guide to things to do in Glyfada

Glyfada is the most popular area of the Athenian Riviera and extends about 25 kilometers to the south. It used to boast the old Athenian airport at Elliniko for over 60 years, since 1940 until a few years into the millennium, bringing in international glamour to Athens and was considered an area where the well-off tended to have summer places to relax […]